Finding a home improvement contractor you can trust is a challenge. Martino Home Improvements has more satisfied customers than other residential contractors because they treat you like family. You get top quality materials and craftsmanship.

For more reviews, check us out at GuildQuality.

Read what happy homeowners say about their experience with Martino:

They replaced 3 skylights in our home and did an awesome job. Showed a lot of concern to make sure the job was done right.
Richard S. Customer
We got a few estimates, and Dennis with Martino Home Improvement match another bid for our patio. We had to wait awhile through the summer, which I was glad it was after the hot weather. Dennis was very helpful and informative. It took only 2 days and all the workers were professional.
Philip S. Customer
I got my estimate in March, just as the final snow melted away. Martino himself came out. I had 2 driveways put in on the same day on the same street, so I think I got a bit of a deal since there was less travel time involved for the crew. The crew was great, they seem to have been working together forever. I had to have a curb put in on this driveway to control the water ..and it worked out well. I have inspected the driveway during a pouring rain. The city rental inspector was out to see the house and was impressed. He wanted to know the name of the contractor so he could get a driveway done on his own house. FYI: concrete contractors rarely add more soil after the pour. You will need to regrade and/or add more soil so your lawn meets up with the driveway properly.
Jeff K.Company
Estimates for our roof replacement were anywhere from 7200 to 9800 among the 8 or so contractors we talked to. Martino was toward the higher end of that range HOWEVER I wholeheartedly believe it was the best overall value. Let me explain why.
1) Martino offered higher quality materials in their estimate – A 30 year Owens Corning shingle, a synthetic underlayment, double length ice block along edges and put in every valley of the house and smart vents. ALL the other contractors offered basic materials like lower grade shingles, 15 pound underlayment, etc. 2) When looking over the roof, the gentlemen performing the estimation asked about concern spots (we had a couple leaks that we wanted to address) and identified the fact we had special venting needs because of the low overhang of our roof edges. Martino was one of two companies to identify those issues (something which I independently confirmed before getting estimates).
The roofing crew showed up promptly in the morning and left practically at dark. They worked very hard all day for two days (it was a crew of six or so). They put down tarps all around the house and were very careful not to damage plants or the landscaping. They also went over the perimeter of the house several times to check for debris, trash and nails. Once the work was done, a gentleman from the crew walked around the house with me to discuss specifics about the roof, the work that was done, and the methods employed. He was also eager to answer any questions I had. He was patient, respectful, and knowledgeable about the work performed. Several hours later, a supervisor showed up to perform his own inspection on the roof, going over it in detail. He was also eager to answer any questions and discuss the work performed.
To summarize: You may get a slight sticker shock from the initial estimate, but compared to many other contractors it’s a much higher value. Martino offered higher quality materials and offers a significant warranty for the work they perform. They paid keen attention to details about what was needed to do the job right and to do the job well.
Stephanie L.Customer
New roof. Installation was smooth and clean up was efficient.
Richard S.Customer
A complete new roof. They did a great job, the crew were all friendly and kept us informed throughout the process. From the beginning to completion it was an excellent experience. I highly recommend this company to anyone requiring a new roof.
Nelson S.Customer
Martino Home Improvement and their representative Glen provided me with excellent customer service. This was a major job as the entire old roof needed to be replaced right down to the wooden decking. From estimate to completion Martino was quick, responsive to all questions and fair in pricing. The roofers worked from dawn until well after dark completing my job much more quickly than I was estimating. They also left my lawn and gutters much cleaner than it was before they came, which was a pleasant surprise. The end result is better than expected, I would highly suggest going with the Owens Corning “True Definition” shingles, they completely transformed the look and curb appeal of my home. Thank you Martino Home Improvements and Glen for your services.
Cole B.Customer
I had a contractor put on an entire roof for me in 2009 and for the past 4 years every spring the roof would leak they would send out a subcontractor go up on the roof do some patch work and it would hold until the next spring. This year they sent out Martino Home Improvements first thing Mr. Martino came in the house and inspected all the way to the roof to see where the problem was, took pictures inside and out and told the original contractor that they needed to tear off everything including the boards and start from scratch in that area. The project manager Jay kept me informed all along the way and when the crew showed up they were very professional explained what they were going to do put in a whole day of tear off and replacing the wood the underlayment and the shingles cleaned up after themselves and with all the rain we have had here recently we haven’t had a leak. I would highly recommend Martino Home Improvement for roof repair.
Clarence R.Customer 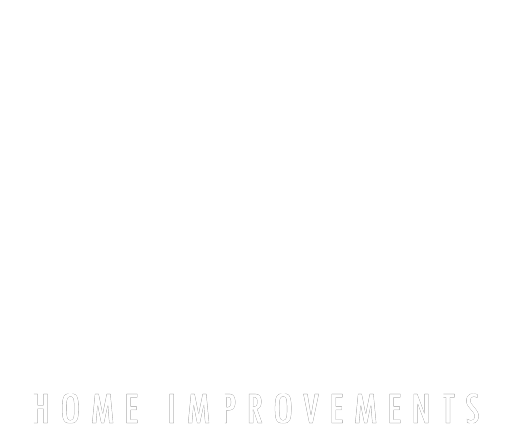 How can we help you?

The contents of this webpage are Copyright © 2022 Martino Home Improvements. All Rights Reserved.